You are here: Home1 / Boards2 / Senior Board of Practitioners3 / Professor Harry Shannon 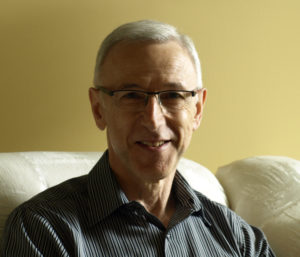 Professor Harry Samuel Shannon is a scientist and currently Professor Emeritus at McMaster University and Adjunct Scientist at the Institute for Work and Health, Toronto. He studied at Oxford and went on to obtain his PhD in Applied Statistics at the University of London.

His scholarly and professional activities include: member of the editorial board for Safety Science (1997 -2015); member of the board of Conflict and Health (2006) and Occupational and Environmental Medicine (2004). He served as Chair of the Methodology Working Group, Canadian Longitudinal Study on Aging (2009-2015). He also worked as Adviser FAO FSNAU Report investigating mortality among Somali populations affected by severe food insecurity, (2010-2012) and Spring (2013). He served on the Expert Review Panel Oxford Research Group report, Stolen Futures: The Hidden Toll of Child Casualties in Syria. (Autumn 2013).

Professor Shannon has published numerous peer reviewed papers. A small selection of his most recent include topics on: post-disaster shelter; violence in Palestinian refugee camps in Lebanon, the impact on health of Drop-in Centres in Delhi; slum upgrading programmes; the affordability of cardiovascular disease medicines in high to low income countries; global risk factors for non-fatal injuries in adults; child mortality and urban slum residency; caesarean delivery and neonatal mortality rates in low to middle income countries; child malaria in Nigeria;  health related quality of life of Gaza Palestinians in the aftermath of the 2008-09 Israeli attack on the Gaza Strip and Palestinian adolescents coping with conflict.