You are here: Home1 / Boards2 / Senior Board of Practitioners3 / Professor Desiree Cox 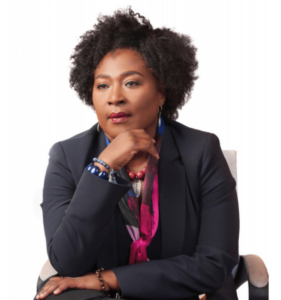 Dr Desirée Cox, MD, PhD is the first Bahamian Rhodes Scholar and first female British Caribbean Rhodes Scholar, a medical doctor, creative artist and published author. She is a rare and uniquely multi-gifted, successful woman not only in her chosen academic field but as a creative talent and innovator. Dr Cox has earned degrees from McGill University (Canada), Oxford University and Cambridge University. She is an Honorary Professor of Rutgers University, Biomedical Sciences department, and a former University Professor and Honorary Professor of Creativity, Health & Wellbeing at the University of Exeter. She has been recognized by the British Medical Journal as a ‘Renaissance Woman’ for her application of psychological medicine to real world problems. In October 2017 she was honoured by Oxford University and is one of six Oxford University alumni whose photographic portraits hang in the Great Hall/Dining Hall at Pembroke College, Oxford University. She is the deserving recipient of many notable awards and fellowships and has published papers in numerous trade journals.

Dr Cox’s career has focused on advancing paradigm-shifting health innovation and next-generation health technologies such as stem cell and regenerative medicine through creativity and applying outside-the-box approaches, crowd collaboration and exponential technologies. She is also the Founding Leader/license-holder and Ambassador of the newly established Chapter of Singularity University in The Bahamas. Her 20+ year career in healthcare spans clinical medicine, academia, research and development, regulatory sciences, the design, development and implementation of high-impact health and social enterprises, and healthcare consulting in the commercial aspects of medicine.

She has been recognized as an international contemporary master artist in juried art publications for her painting abilities and in addition to releasing  two albums as a jazz singer/songwriter, she is also a published writer and poet.