You are here: Home1 / Boards2 / Senior Board of Practitioners3 / Dr Mamdouh Al-Aker 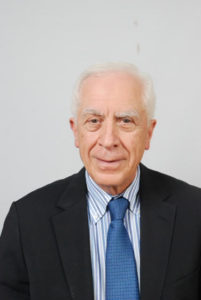 Dr Mamdouh al-Aker became a fellow at the Royal College of Surgeons in Edinburgh (FRCSEd) in 1977 and took a sub-specialisation in urology at King’s College Hospital, London, 1979-1981. He has been a prominent figure in the field of Palestinian higher education and served as Vice President, BOT, Birzeit University and as a member of the Steering Committee for the establishment of the first Palestinian Medical School at Al-Quds University, 1995. He was Chairperson of The Palestinian Health Policy Forum; a former member of The Palestinian Higher Education Council since the establishment of Palestinian National Authority until August 2018 and a former member of the Higher Committee for the Review and Reform of Education in Palestine.