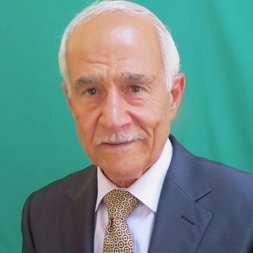 Professor Mohamed Rabie holds a PhD in Economics from the University of Houston, Texas. He has taught at several Arab universities, including Kuwait University and Al Akhawayn University, Morocco. Between 2003 and 2005, Professor Rabie was a Visiting Professor at St. Galen University in Switzerland and between 1998 and 2001, he was an academic advisor to Erfurt University in Germany and its US representative. Professor Rabie has published 43 books in English and Arabic on topics which include: Arab thought; politics of US foreign aid; the Middle East; American foreign policy; conflict resolution; US-PLO relations; capitalism and democracy; global economics and sustainable sociocultural and economic development. He has also published more than 60 scholarly papers and over 1000 newspaper articles. He has three books of poetry and 2 novels in print.

Between 1983 and 1985, Dr Rabie served as the Executive Director of the Institute of Palestinian Studies in Washington DC. In 1988 he conceived the idea of the US-PLO dialogue, drafted the original document that guided negotiations, and coordinated the secret contacts between the US and the PLO that led the US government recognizing the PLO, opening a dialogue with it, and launching the peace process.