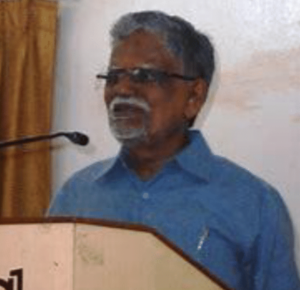 Professor Manoranjan Mohanty is a political scientist and China scholar whose writings have focussed on theoretical and empirical dimensions of social movements, human rights, the development experience and the regional role of India and China. As a senior member of the  Council for Social Development (CSD), Hyderabad, India, he is editor of CSD’s social science journal, Social Change published by SAGE, bringing a wealth of experience from both a policy and practice perspective.

He is Chairperson, Development Research Institute, Bhubaneswar and Honorary Fellow, Institute of Chinese Studies (ICS) Delhi. Until 2004, he was Director, Developing Countries Research Centre and Professor of Political Science at Delhi University where he had taught since 1969. A former Chairperson and Director of ICS and a former editor of China Report, he has been on visiting assignments in several universities and research institutes in India and internationally including UC, Berkeley, IFES, Moscow, Oxford, Beijing, Copenhagen, Lagos, UC, Santa Barbara and the New School, New York.

Professor Mohanty has been part of the founding and evolution of ICS, the Developing Countries Research Centre at Delhi University and Gabeshana Chakra and Development Research Institute in Odisha. He has also been closely involved with the People’s Union for Democratic Rights, Delhi and the Pakistan-India People’s Forum for Democracy since its inception. He was founding member of the process of the Boao Forum for Asia in China, and REGGEN, the Third World Sustainable Development Network in Brazil.