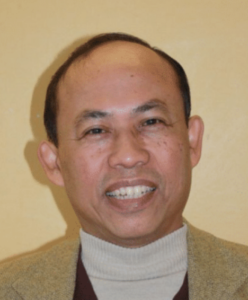 Darwis Khudori was a poet and fiction writer before studying architecture and engineering, specialising in Housing and Urban Development in Rotterdam and later receiving his doctorate degree from the University of Paris-Sorbonne in Egyptian architectural development. He received the Indonesian Architect Association Award (1991) and the Aga Khan Award for Architecture (1992) for his socially engaged architectural programmes.  He is Associate Professor in Oriental Studies specializing in the Arab, Muslim and the Malay-Indonesian World at the Université Le Havre Normandie.

He is active outside academia , especially in the Yayasan Pondok Rakyat (People’s Shelter Foundation) based in Yogyakarta, Indonesia and in the International Network Development and Civilisations Lebret-Irfed (DCLI) based in Geneva and Paris. He is also initiator and co-ordinator of Bandung Spirit Network promoting academic, social and solidarity movements based on the spirit of Asian-African Conference held in Bandung, Indonesia, in 1955.

He has written a great number of articles and books covering several fields of his competences and passions including architecture, history, urban development, social movements, international relations, culture, religion and spirituality. His latest publication is a collective work of which he is the editor: Bandung Legacy and Global Future: New Insights and Emerging Forces, New Delhi, Aakar Book, 2018.