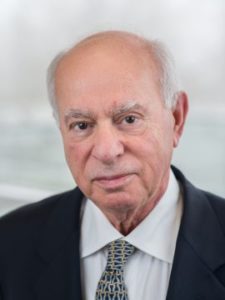 Professor Hani A Faris is Adjunct Professor in the Department of Political Science and a Faculty Associate in the Institute of Asian Research at the University of British Columbia. He has also taught at Kuwait University, the American University, Washington and the Centre for Middle East Studies at Harvard University, McGill University and Simon Fraser University.

Professor Faris has authored, co-authored and edited numerous books on the modern history of Lebanon, Arab Nationalism and the Arab-Israeli conflict. He has published over 50 journal articles and book chapters covering topics including Islamic movements, the Middle East in world politics, the history of the Palestinian issue, Zionism and development in the global south. He regularly appears on national and international media outlets and interviewed by the US, Canadian and Arab press.

Professor Faris has served as Deputy Director General of The Palestine Research Centre (1967-1968), Academic Vice Dean for Graduate Studies at Kuwait University (1978–1981); President of the Association of Arab–American University Graduates (1984–1985); advisor to the Canadian Institute for International Peace and Security (1989–1991); member of the Board of Editors of Arab Studies Quarterly (1987–1990); member of the Board of Editors of Contemporary Arab Affairs (2008-2017); Policy Advisor to the Palestinian Policy Network Al-Shabaka (2010-Present) and President of the Board of Directors of the Trans Arab Research Institute (2007-2013).