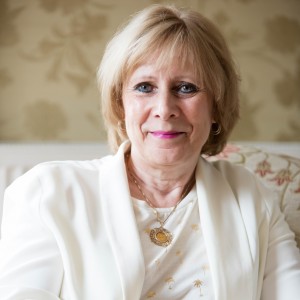 Dr Elizabeth Drayson studied at Newnham College, Cambridge and is currently Lorna Close Fellow in Spanish at Murray Edwards College, College Lecturer in Spanish at Peterhouse, and an Affiliated Lecturer in the Department of Spanish and Portuguese. She specialises in medieval Spanish literature and cultural history, and the relationship between Arab, Jewish, and Christian culture during the Middle Ages and Early Modern period.

Her current book project is a history of the city of Granada, which will be published as a monograph, Granada: Spain’s Lost Paradise, by Head of Zeus in 2020. Her previous book, The Moor’s Last Stand: how seven centuries of Muslim rule in Spain came to an end, was published in April 2017 by Profile Books and appeared in paperback in 2018. Previous publications include The Lead Books of Granada (New York and Basingstoke: Palgrave MacMillan, 2013; paperback 2016) which evaluates the cultural status and importance of the mysterious Lead Books found on the Sacromonte of Granada in the late sixteenth-century, and The King and the Whore: King Roderick and La Cava (New York and Basingstoke: Palgrave MacMillan, 2007) which explores the reception of the legend of Roderick, last Visigothic King of Spain, and his lover La Cava, from the Middle Ages to the present. Her translation and edition of Juan Ruiz’s Libro de Buen Amor was the first to be published in England as The Book of Good Love, Juan Ruiz, Archpriest of Hita, Everyman Paperbacks (London: Orion, 1999).

Her other specialist area is translation theory and methodology, and she is also a qualified professional translator.