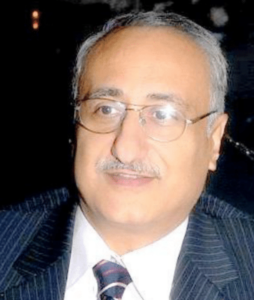 He was a former member of UNESCO Asian-Arab intercultural dialogue, Bangkok-Thailand for 10 years. He is the author and editor of several books and articles on Palestine and Environmental themes exploring issues such as the case for a one state solution in historic Palestine, nuclear energy and climate change. His most recent research is published in “The Political and Economic Challenges of Energy in the Middle East and North Africa, Edited by David Ramin Jalilvand, Kirsten Westphal  2018 (Routledge).

He has received numerous awards including: Best Scientific Book Award from Philadelphia University (2016); Arab Cities Organization, the Environmental Advocate Prize, Qatar (2015) and Green Hero Status, awarded at the British Parliament on November 2010 by the Green Organization.