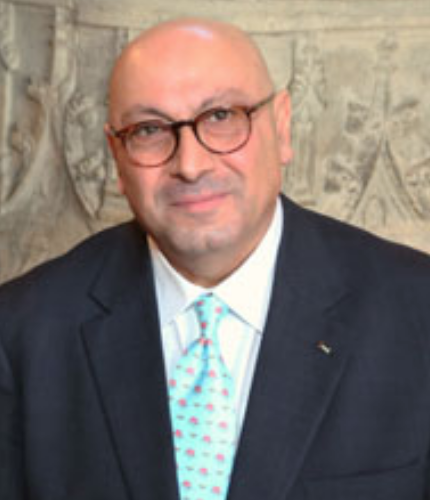 His political and diplomatic career includes service as Chief Political Advisor on Jerusalem at the Negotiation Affairs Department (2000-2005) and on the Palestinian Negotiating Team on Refugee Final Settlement at Orient House Jerusalem (1997-1999). He also served at the Ministry of Planning and International Cooperation with UNESCO (1997 -1998) and on the Palestinian Higher Ministerial Committee for Church Affairs (1998 – 2001).

He has been visiting Scholar at the University of Reims, France; Villanova University, USA; University of Maryland at College Park, USA; University of Vermont, USA; Earlham College, USA and University College, Dublin, Ireland. Ambassador Hassassian has received an Honorary Doctorate (Docteur Honoris Causa) awarded by the University of Reims, France (1996) and was nominated by the Centre of International Development and Conflict Management, University of Maryland, for the Gleitzman Middle East Award (1998). He received the award for Best Ambassador from Grass Roots Diplomacy (2015). He has published widely on political and civil society issues in the Middle East including on Palestinian Refugees, the Palestinian National Movement, the Middle East Peace Process and developing trends in Palestinian civil society as well as on the Armenian National Movement.