You are here: Home1 / Boards2 / Board of Patrons3 / The Late Sir Prof. Michael Atiyah 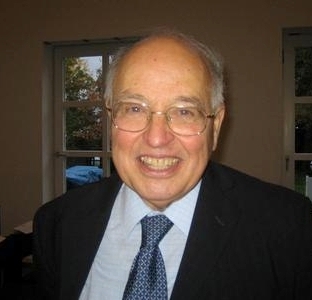 The late Sir Michael Atiyah contributed to a wide range of topics in mathematics focussing on the interaction of geometry and analysis. Over the past thirty years he had also been influential in developing cooperation between mathematicians and physicists. He was educated at Victoria College Alexandria and Cambridge University and held positions in Cambridge, Oxford and Princeton, ending his auspicious career as Master of Trinity College, Cambridge.

Sir Michael Atiyah was an honorary professor at the University of Edinburgh and was a member of more than twenty national academies. He was awarded more than thirty honorary degrees and honoured with many medals and prizes, including the Fields Medal (1966), the Feltrinelli Prize (1981) and the Abel Prize (2004). He was also a Member of the Order of Merit and a Grand Officier of the Legion d’Honneur.