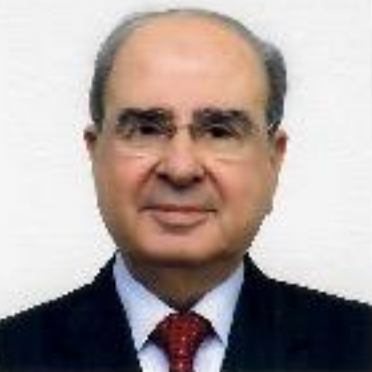 H.E. Mr Taher Masri is a prominent Jordanian Arab politician, thinker and writer with a profound interest in the fields of politics, economics, social issues and intellectual thought. He has been a mover and changer in the various institutions within which he has served at regional and international level, engaging in activities that have had direct impact on the problems and challenges of the Arab world. He has published widely on key issues of critical significance to the region.

During a career in public service that spans 44 years, Mr Masri has occupied prominent local, regional and international positions, including  Prime Minister of Jordan (1991), Speaker of the Jordanian House of Representatives (1993-1994), Speaker of the Jordanian Senate (2009-2013), Civil Society Affairs Commissioner at the League of Arab Nations in Cairo (2002-2009), member of the Consultative Committee at the Anna Lindh Euro Mediterranean Foundation for the Dialogue between Cultures (2004-2006), and deputy chairman of the Arab Thought Forum (2006-2016).

Mr Masri was born in Nablus in 1942. He holds a Bachelor degree in Business Administration from the University of North Texas (USA). He started his career at the Central Bank of Jordan (1965-1973), moving swiftly into politics and becoming a Minister of State for the Occupied Territories’ Affairs (1973-1974) and a member of the House of Representatives for four sessions (1973-1997). He served as ambassador for Jordan to Spain, France, UNESCO and the UK (1975-1983). He served as Minister of Foreign Affairs twice (1984 and 1991) and as Deputy Prime Minister and Minister of State for economic affairs (1988). He was appointed Prime Minister and Minister of Defence in 1991. Subsequently he continued as a member of the Senate and Deputy Speaker (1998-2009).

Mr Masri has also served as chairman of the executive committee of the Society for the Protection of Jerusalem (1996-present). He has been honoured with numerous Jordanian, Arab and international medals and awards.