You are here: Home1 / Boards2 / Board of Patrons3 / Baroness Helena Kennedy 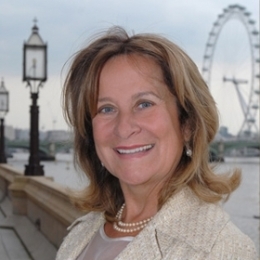 Baroness (Helena) Kennedy is a British barrister (QC), and Labour member of the House of Lords. She studied Law at London’s Council of Legal Education. She was President of SOAS (2002-2011) and was elected the principal of Mansfield College, Oxford in July 2010. Baroness Kennedy is Fellow of the Royal Society of Arts (FRSA) and City and Guilds of London Institute (FCGI).

Specialising in human rights law, civil liberties and constitutional issues, Baroness Kennedy is a member of the Académie Universelle des Cultures, Paris and Honorary Fellow at the following: Royal College of Psychiatrists, 2005; Royal College of Paediatrics and Child Health, 2005; Institute of Advanced Legal Studies; University of Cambridge, 2010; School of Oriental and African Studies (SOAS), 2011 and the Royal Society of Edinburgh (HonFRSE), 2017. Baroness  Kennedy received an Honorary Doctorate in Law from Plymouth University in 2012.