You are here: Home1 / Boards2 / Senior Board of Practitioners3 / Mr Nasser Soumi 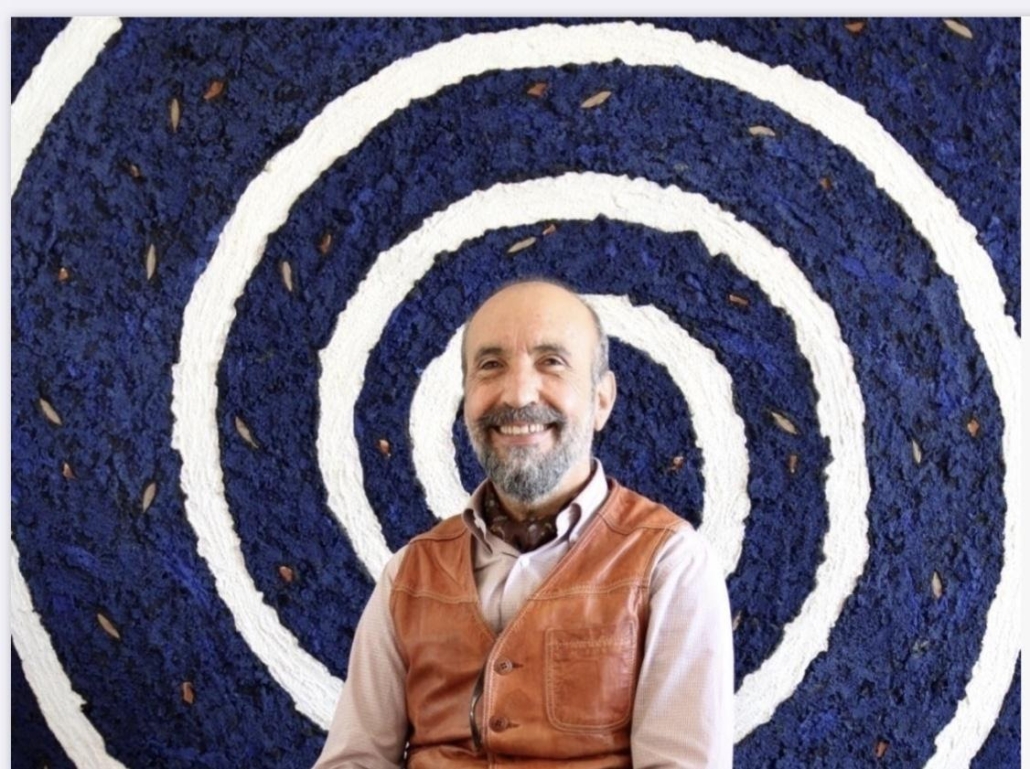 Internationally renowned painter and installation artist Nasser Soumi was born in July 1948 after his family was displaced from Jenin, Palestine during the Nakba/Catastrophe. In 1955 they moved Eastwards to Irbid (Jordan).

Naturally, in his art, Soumi yearns “to understand from where we came and where we are going to”. Being an experimental artist, Soumi ventures in various disciplines to relay his feelings and share them with the outside world.

Upon the completion of a two-year UNESCO scholarship in Paris (1980-1982) he had nowhere to return as his house in Souq al-Gharb in Lebanon was looted (with cultural artefacts disappearing) and destroyed following the Israeli occupation of Lebanon. Ever since, he has been living in Paris.

Marrying the “distant and the near”, Soumi searches for the visible and the invisible. He expresses himself through art in order to understand his being and comprehend the universe. The distant for him is the “exterior” that relates to the whole universe, whereas the near is “inside”, buried within himself, where his homeland, Palestine, is carried.

Soumi uses the different tones of the indigo blue colour, which evokes the Mediterranean Sea and gives an impression of navigation and nomadic movement towards a faraway land. Practically, Soumi transforms a variety of ordinary materials into works of art. His work is an assembling of “eclectic and handmade objects”. Soumi has been exhibiting since 1976 worldwide and is the recipient of various prizes and honours.