You are here: Home1 / Boards2 / Board of Patrons3 / H.E. President Marie-Louise Coleiro Preca 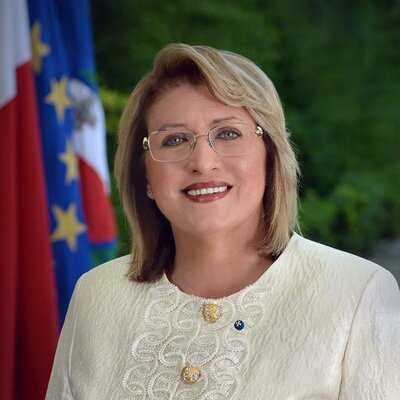 H.E Marie-Louise Coleiro Preca served as the ninth President of the Republic of Malta (2014-2019). At the age of 55 years, Coleiro Preca was the youngest President in the history of Malta, and the second woman occupying the office of Head of State after 32 years. Prior to becoming President, she served as a member of the National Executive, the Assistant General Secretary, and as the General Secretary of the Labour Party. Her nomination as President was, for the first time in the history of the Maltese National Parliament, approved unanimously by a parliamentary resolution of the House of Representatives taken on 1st April 2014, marking a development in the constitutional history of Malta.

President ​Coleiro Preca also served as a Member of the Maltese Parliament from 1998-2014 and served on the Maltese delegation to the Council of Europe from 2008-2013. As a Member of Parliament in Opposition, she served as Shadow Minister for Social Policy, for Tourism, for the National Airline, and for the Health Sector.

H.E is in receipt of honours and awards from over twenty different countries including Russia, Tunisia and the UK.